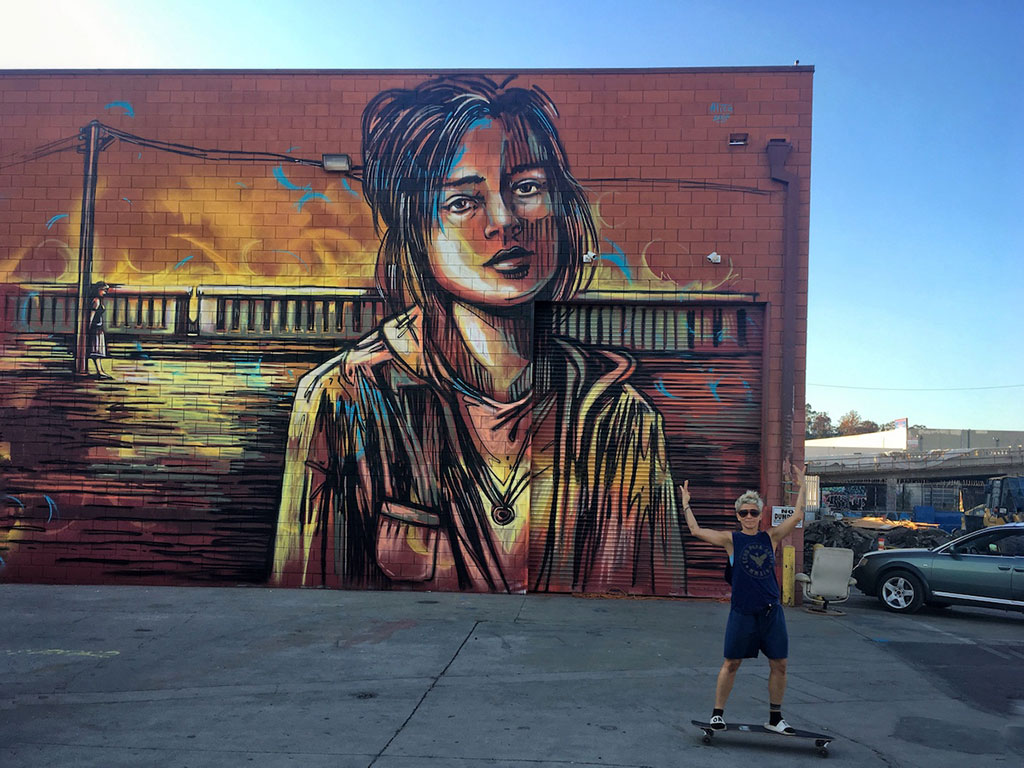 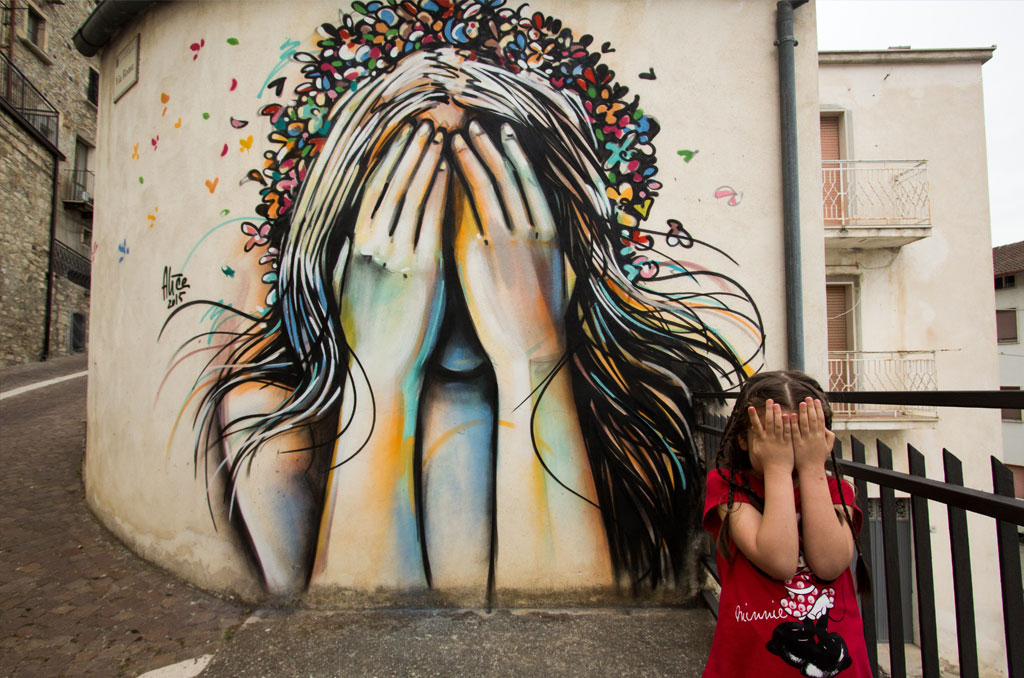 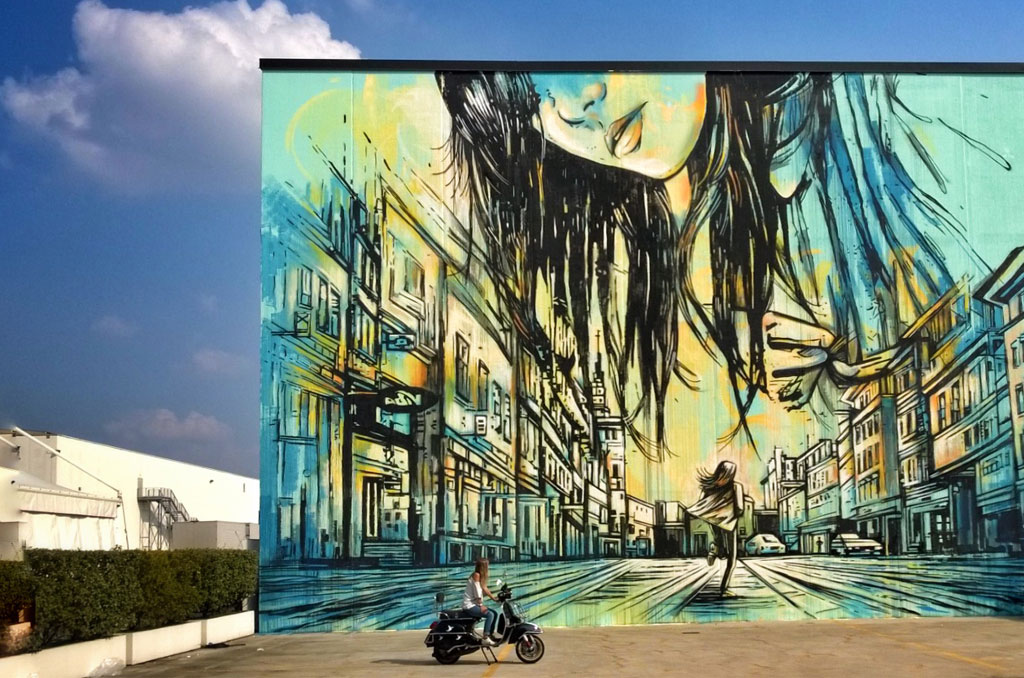 Alice Pasquini, is a multimedia artist from Rome whose affectionate street art explores the brighter side of human relationships. Pasquini’s art revolves around topics of femininity and independent women, and encompasses murals, paintings, and illustrations which tell stories about various acts of kindness and love.

Alice Pasquini’s artwork is seen not only on urban surfaces and walls, but also in galleries and museums in more than one hundred different cities around the world.

Alice travels continuously and her preferred canvases are city walls. The Roman artist, both a street artist and painter, as well as an illustrator and set designer, has developed different threads in her research, from narrating feminine vitality to manipulating the three-dimensional possibilities of her work. She moves from urban explorations to installations using found materials.

Sydney, New York, Barcelona, Oslo, Moscow, Paris, Copenhagen, Marrakech, Berlin, Saigon, London, and Rome are some of the cities where her work can be found.

Alice graduated from the Academy of Fine Arts in Rome, and has lived and worked in Great Britain, France, and Spain. While in Madrid she completed coursework in animation at the Ars animación school and, in 2004, obtained an MA in critical art studies at the Universidad Computense.

In 2018, she was commissioned to design the libretti for the 2019/2020 season at the Teatro Comunale di Bologna. In 2015 she collaborated with the Tourism and Culture Assessor and the Legality and Coastline Assessor of Rome for the 3D project Under Layers in Ostia. In 2013 she realized a cycle of works for the Capitoline Museums in Rome, which are visible in Piazza Campidoglio, as well as a panel for the Pinacoteca Comunale d’Arte Contemporanea in Gaeta, Italy. Her work has been exhibited in the Museo Italiano, Melbourne (2017), Saatchi Gallery, London (2016); MACRO Contemporary Art Museum in Rome (2014); Tri-Mission Art Gallery, American Embassy, Rome (2013); Galleria d’Arte Provinciale Santa Chiara e alla Galleria Nazionale, Cosenza (2013); Casa dell’Architettura, Rome (2013); Palazzo Candiotti, Foligno (2012); Espace Pierre Cardin, Paris (2012); Mutuo Centro de Arte, Barcelona (2012).

Alice and her work have been featured in New York Times International, The Wall Street Journal, l’Espresso, Panorama, Vanity, and many other international publications. In 2016 she was added to the Treccani Italian Encyclopedia.